Chinese proverbs are full of wisdom from famous Chinese philosophers and writers. There are wise sayings on pretty much all aspects of our society: personal life, love & friendship, books, time, teaching & learning… You name it.

We often know the meaning of Chinese proverbs, but seldom pay attention to the individual characters in them. It’s actually a great learning opportunity to dig into proverbs and learn the meaning of each character and therefore better understand the proverbs too.

Below you’ll find 10 famous Chinese proverbs. Let’s study them one by one. 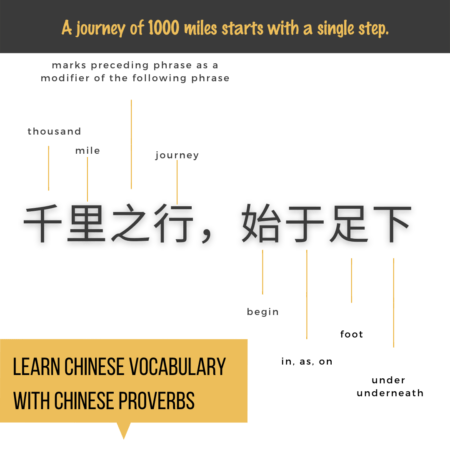 千 qiān thousand
里 lǐ a unit of distance in China. 2 里 is one km.
之 zhī marks preceding phrase as a modifier of the following phrase. It doesn’t have a specific meaning.
行 xíng journey, travel
始 shǐ begin, start
于 yú in, as, on
足 zú foot
下 xià under, underneath

If we translate it word by word, the translation would look like this

“A thousand-mile journey starts at under the feet. “ 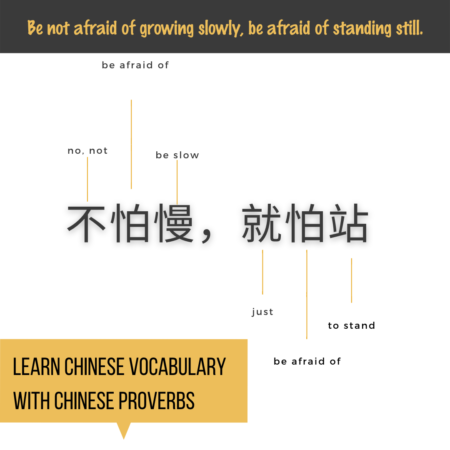 If we translate it word by word, it can be

Be not afraid of being slow, just be afraid of standing.

It’s OK to make slow progress, but you don’t want to make any move. A wise saying, isn’t it? 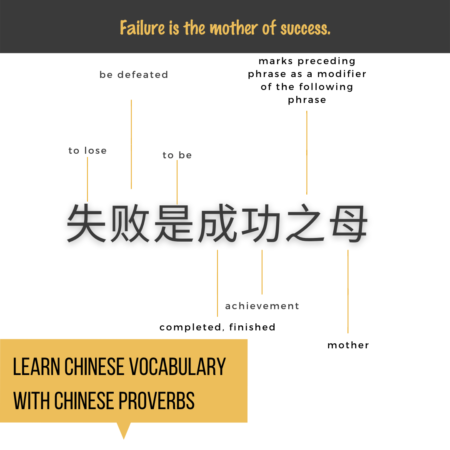 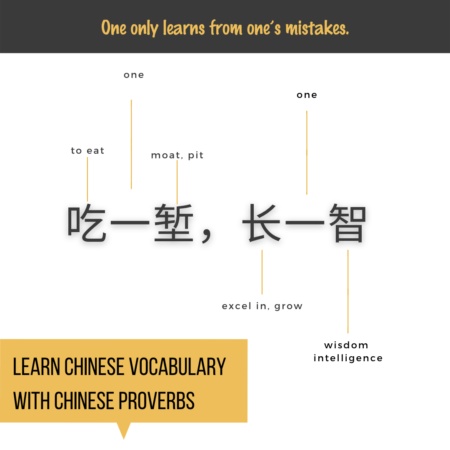 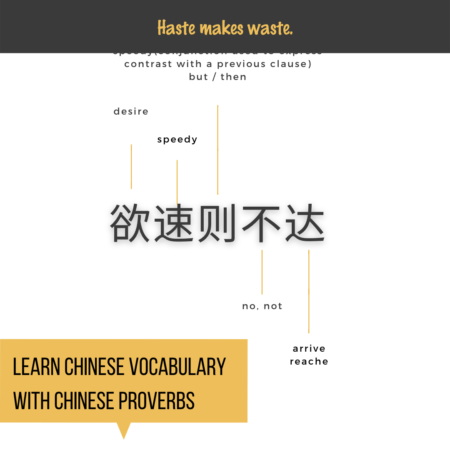 If we translate it word by word, we can get the following sentence:

Desire speed but not attain.

This proverb tells the truth that those who try to do things too quickly (by cutting corners) will not reach the desired results. 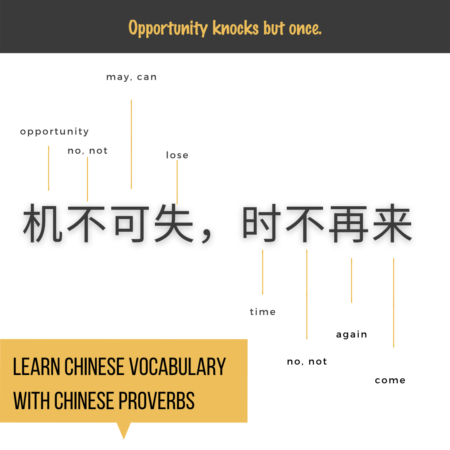 It literally means “Opportunity can’t lose, time not again come”, that is, do not lose an opportunity because the time won’t come round again. 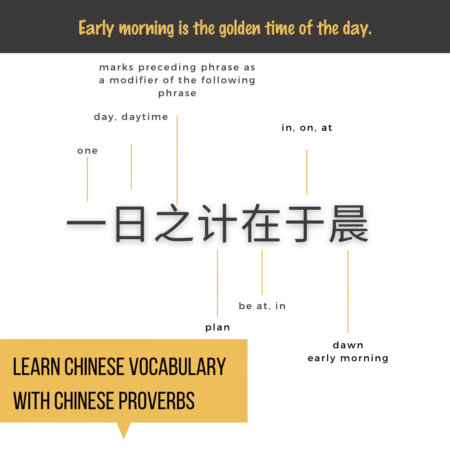 It literally means “make your day’s plan early in the morning”. The reason is that it will affect the whole day. 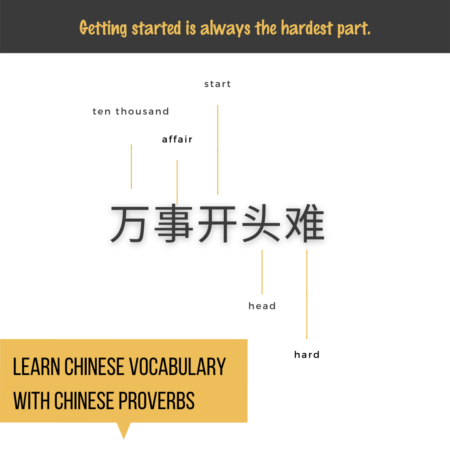 There are two words in this proverb:

If we translate this proverb word by word, it becomes “All the things have a difficult beginning. “

However, things always get easier if we persevere, aren’t they? 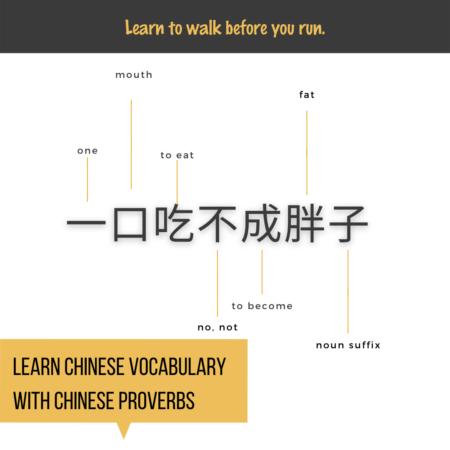 This proverb literally means “you cannot get fat with only one mouthful“. It implies that take things slowly, don’t overwhelm yourself from the beginning. 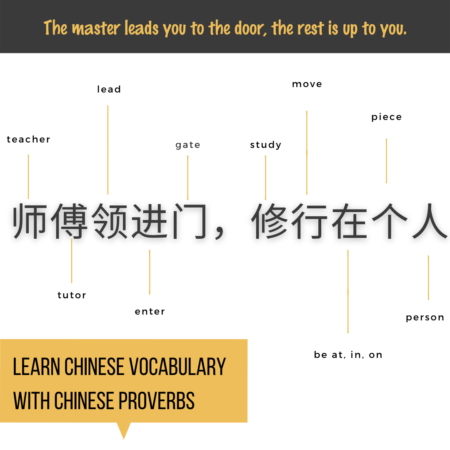 The three words in this proverbs are

After having studied all these famous Chinese proverbs, do you feel you understand them better?